An Elopement at Cyprus Lake and the Grotto was one of the most wonderful weddings we have ever been part of.

It all started with a phone call that was simple and to the point. On the other end of the line our future client said “We would like to get married at the Grotto… Do you know if that’s possible and can you plan it? It will just be us, you, and an officiant.” So of course we did what everyone does with that question and said “SURE, We’ll make it happen”.

They wanted to have their marriage vows on the rocks, and then have a little reception for themselves including a table, centrepiece and tapas with champagne.

If you’ve ever been to the Grotto you’ll know that the hike there isn’t short and to get to where we wanted to go required a bit more climbing. Take into account a wedding dress, suit, table, cooler, centrepiece and camera gear it became a bit of a logistical challenge. We also had to find a minister who could perform the ceremony who was up for the climb. I’m not sure if you’ve noticed by many officiants aren’t quite equipped for such a day of climbing. The first call I made was to my good friend David Baker who immediately said “Count me in!”

We had total freedom with time, but had to make sure it was a sunny day :).  So 4 days out we made the decision, picked the day and made it happen. Have a look at the photos, I think you’ll agree it was pretty fantastic. 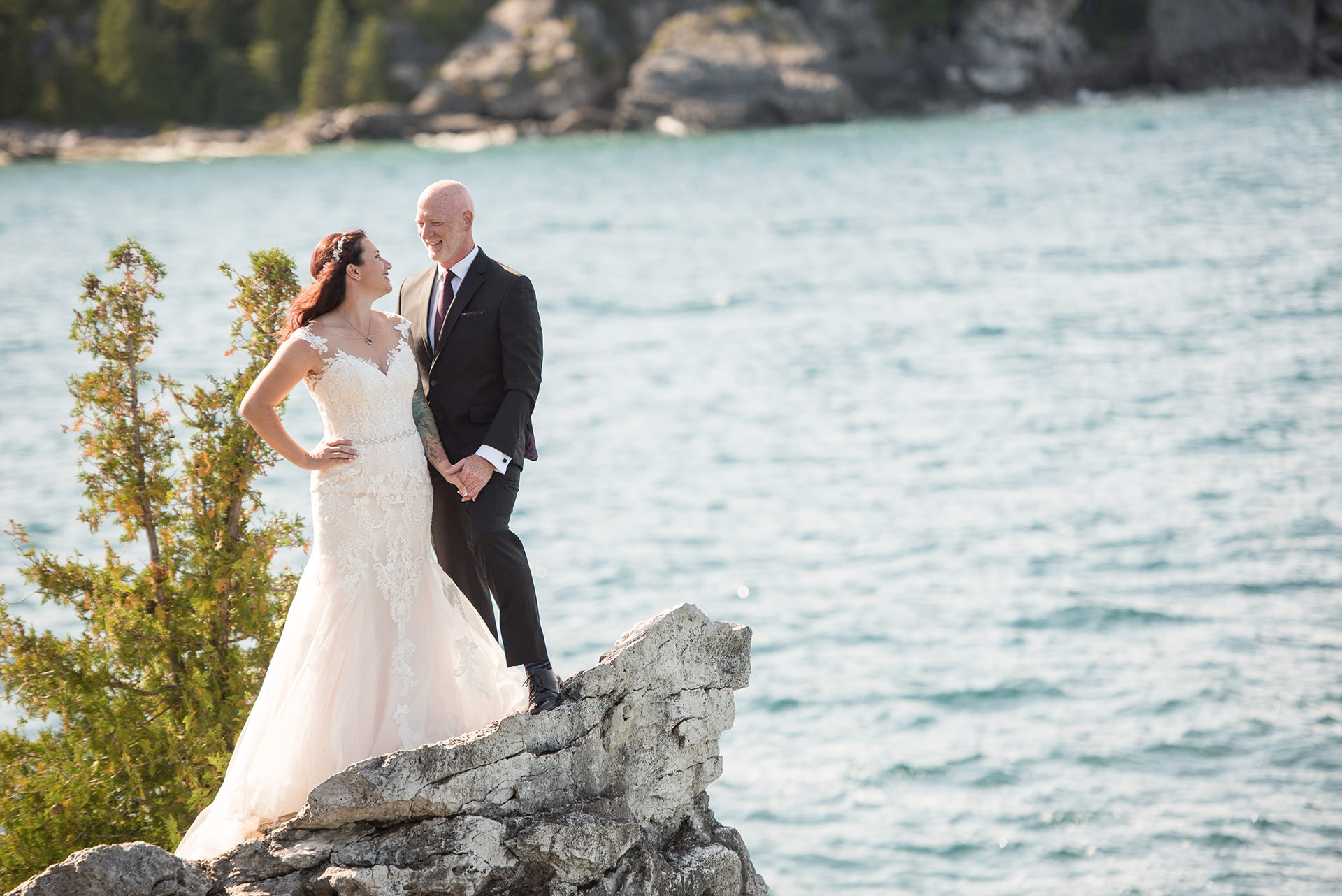 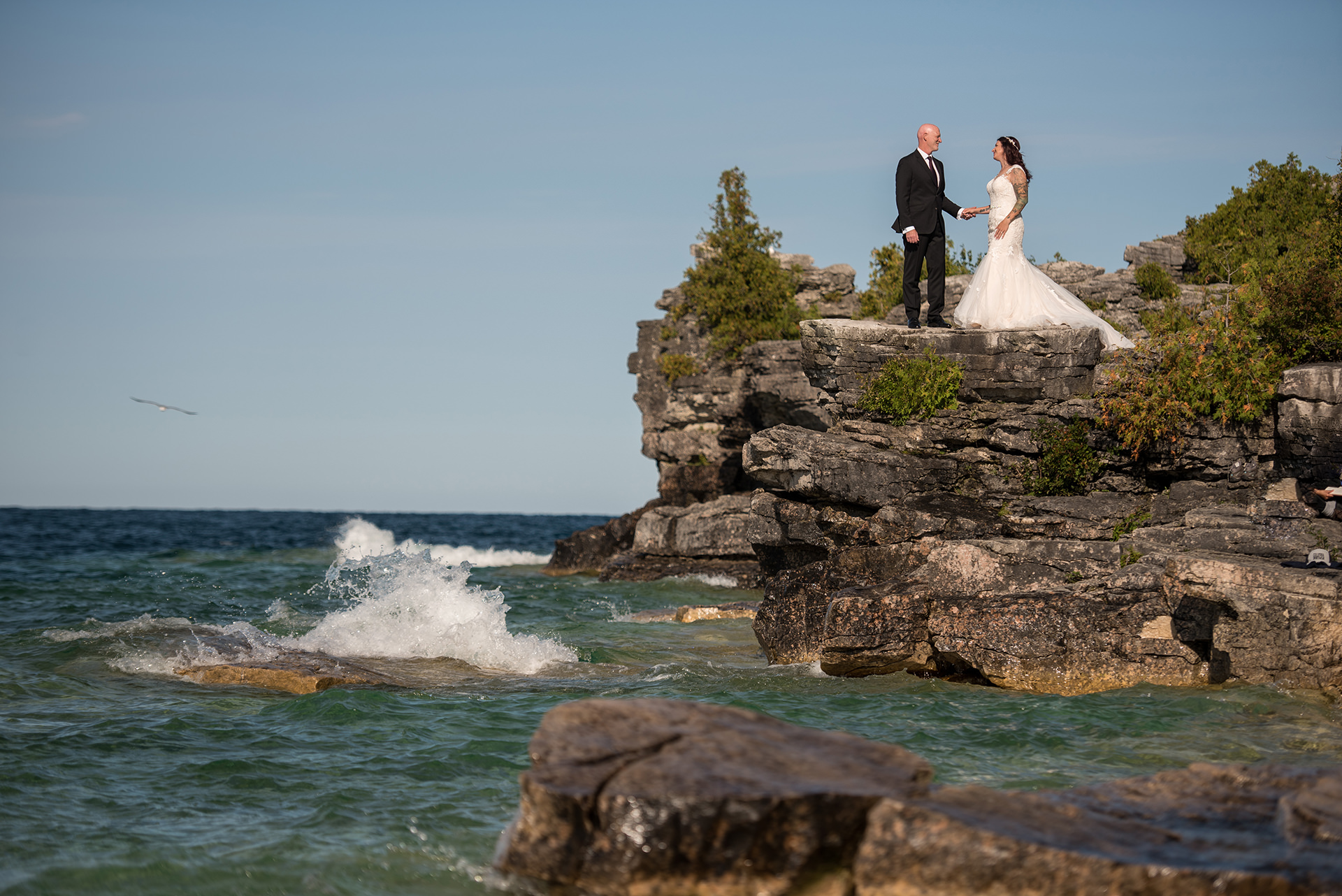 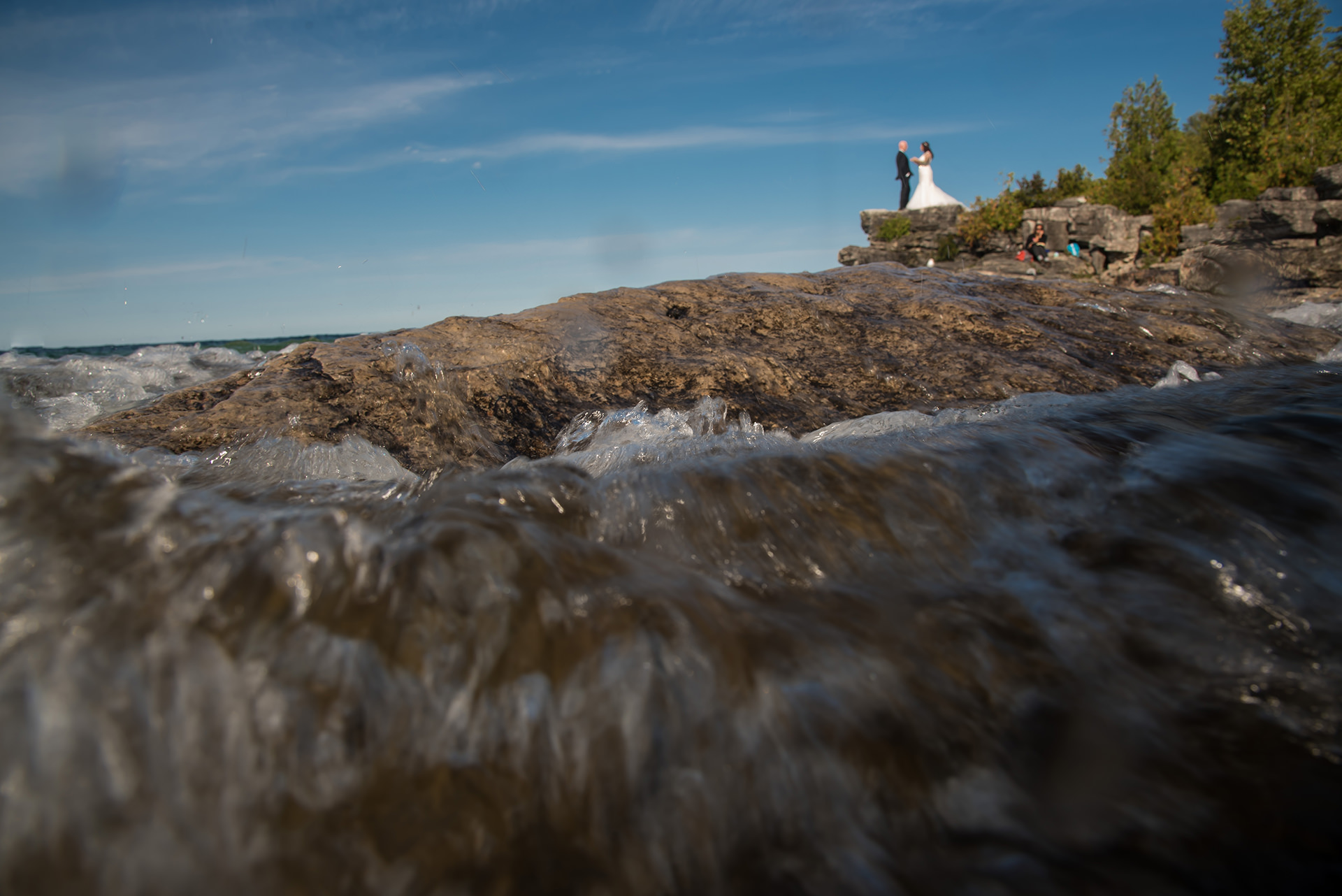 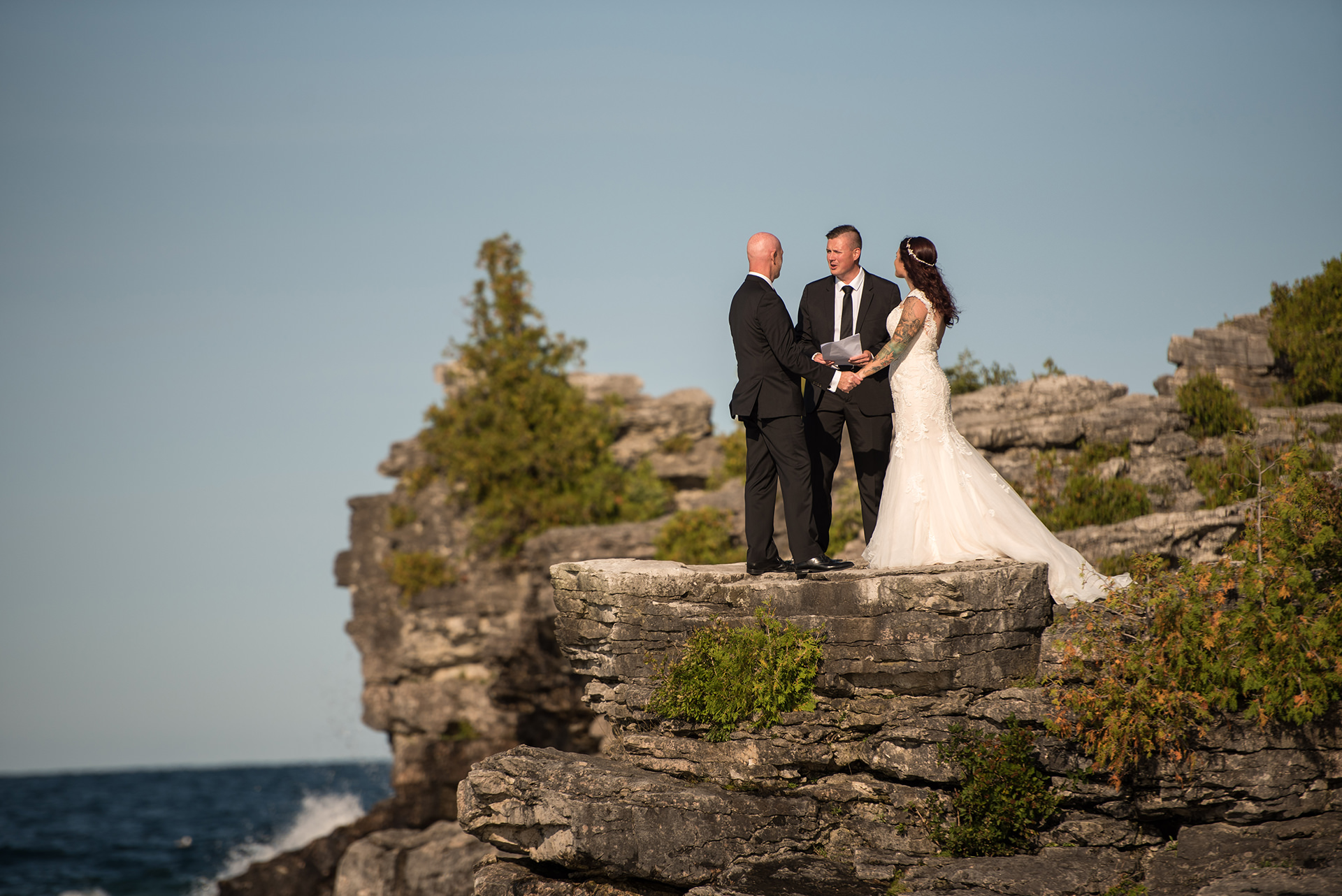 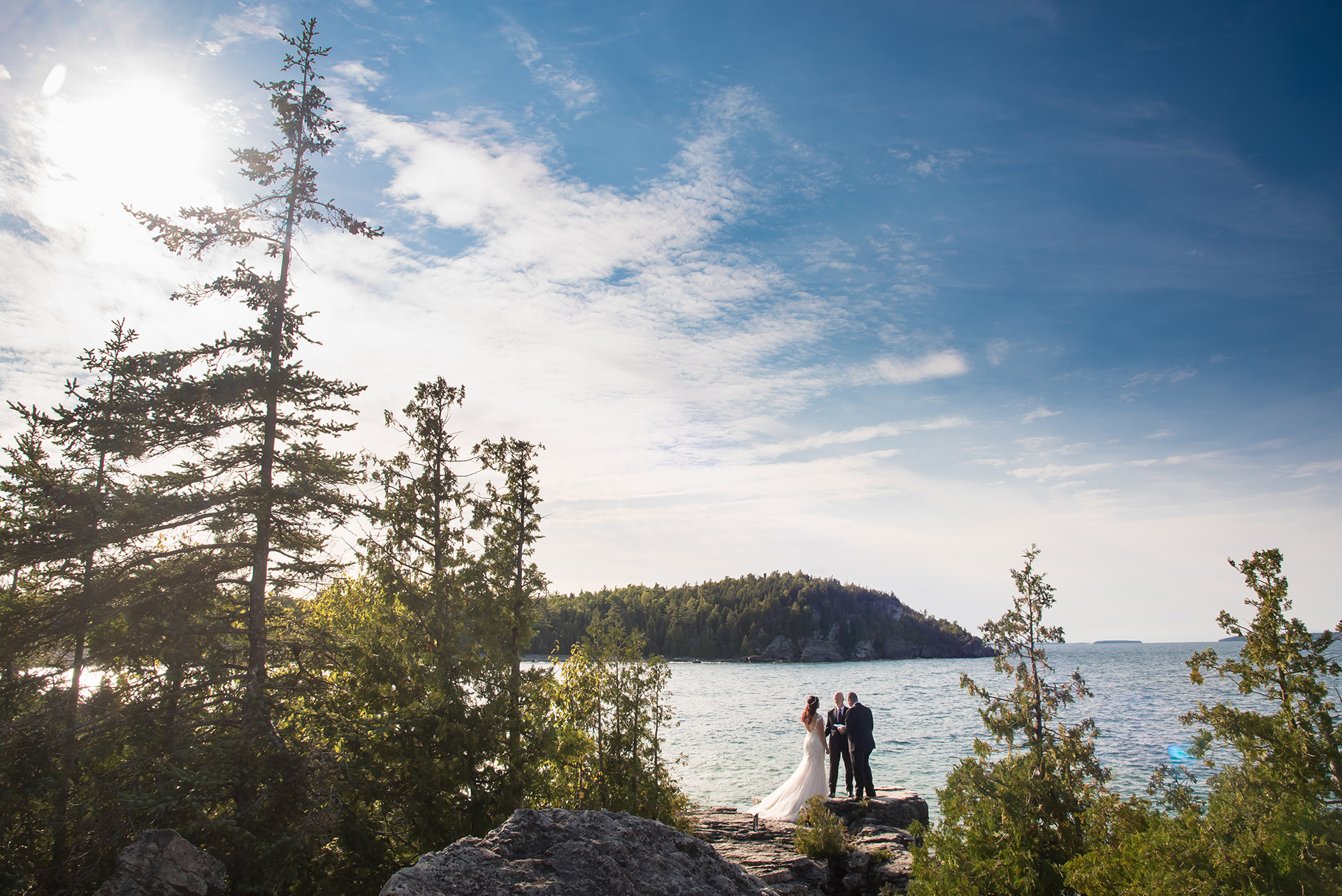 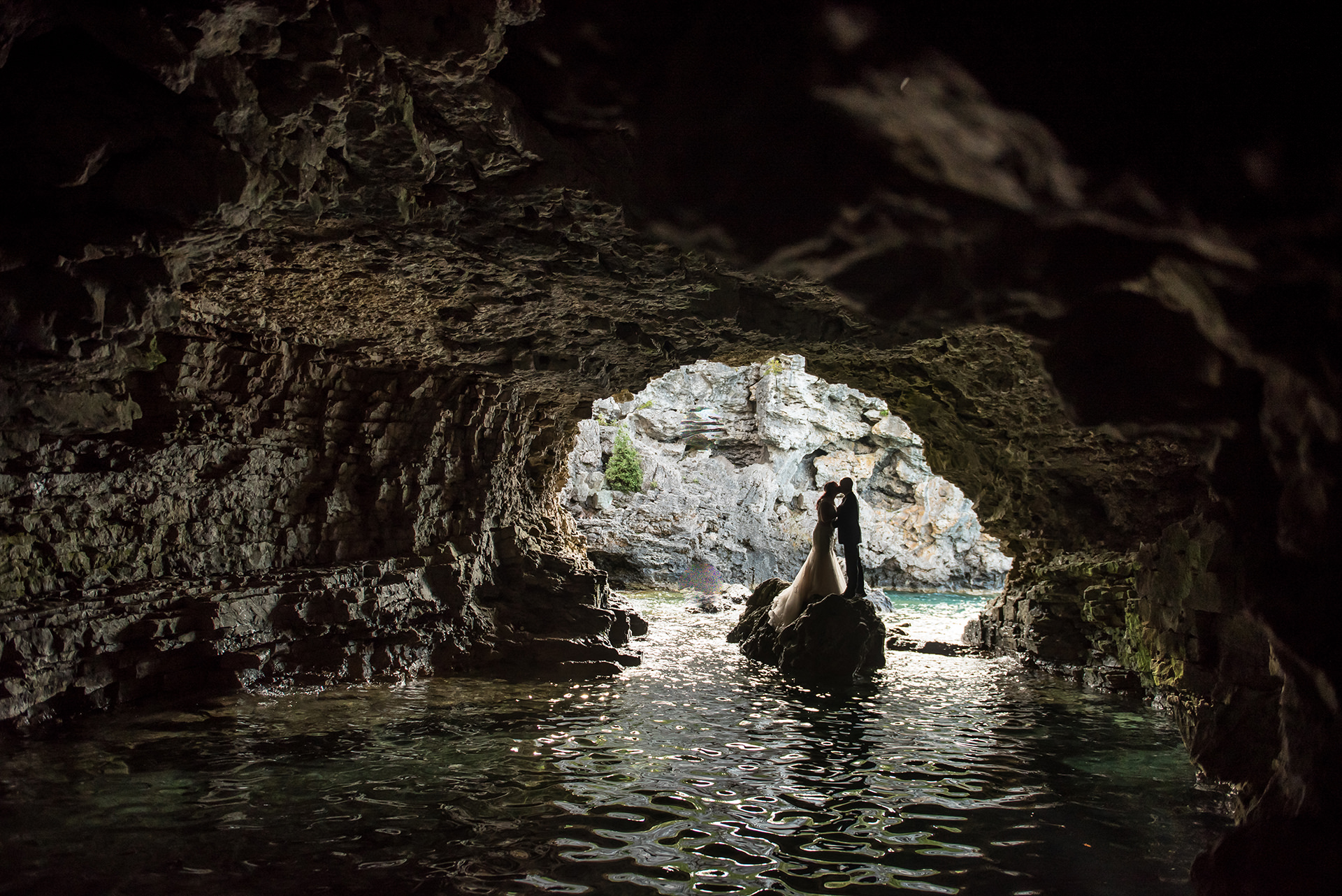 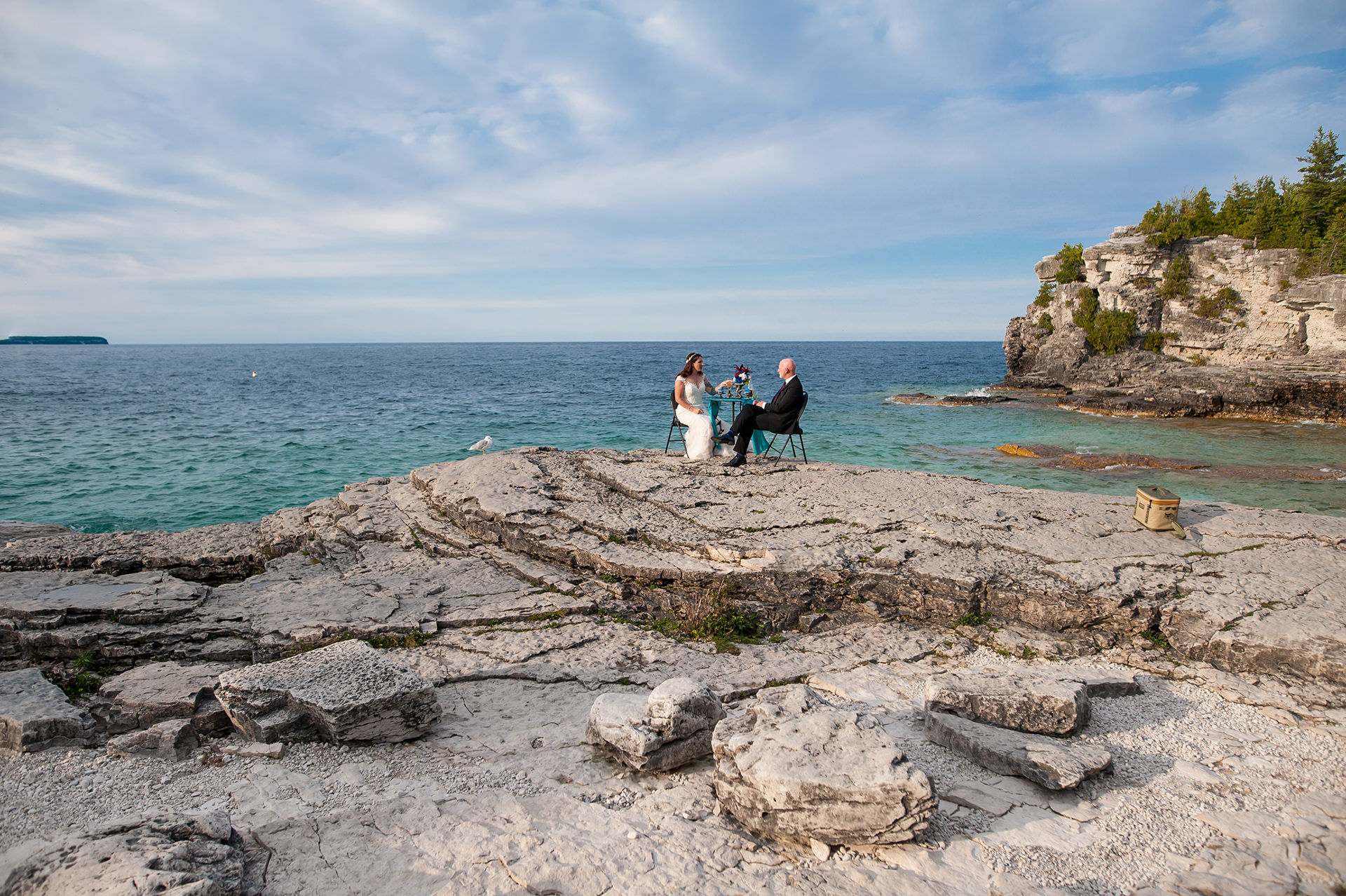